Less than a month after former White House press aide T.J. Ducklo was ousted for threatening to “destroy” a female reporter, Ducklo’s girlfriend has landed a plum new gig as editor of Teen Vogue.

“Still pinching myself!” wrote Alexi McCammond, the Axios reporter whose controversial relationship with Ducklo came to light in February. She will take the helm of the Condé Nast publication beginning March 24. “I’m looking forward to working with the team to build a unique community of ambitious, curious, and fashion-forward young leaders,” the journalist said in a statement.

“So proud. And so well deserved ❤️❤️,” Ducklo tweeted, adoringly.

The couple’s relationship was ultimately the cause of Ducklo’s downfall at the White House. After Politico reporter Tara Palmeri reached out to McCammond in January for comment on the relationship, which wasn’t public at the time, Ducklo unleashed hell on the journalist for doing her job. “I will destroy you,” he reportedly told Palmeri, while accusing her of being “jealous” about the relationship.

Ducklo’s outrageous display of misogyny was not reported until several weeks later, at which point the White House reflexively decided to suspend him for a week. Critics pointed out that the suspension appeared to run afoul of President Biden’s promise to fire “on the spot” any staff member who behaved disrespectfully toward others. Ducklo announced his resignation the following day.

If Ducklo is looking for work, embattled governor Andrew Cuomo (D., N.Y.) might be in the market for his very particular set of skills. The communications professional has worked for some of the country’s most notorious sex pests, including Matt Lauer, Mark Halperin, and Chris Dodd. 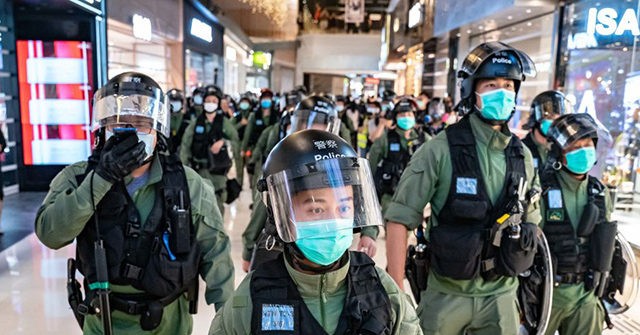