A group of more than two dozen Republican lawmakers are uniting to urge President Biden to re-declare a national emergency as migrant numbers surge and threaten to overwhelm facilities.

A letter sent to the White House on Friday implored Biden to reverse one of his first moves as president in which he terminated a two-year-old national emergency at the U.S. border with Mexico, which was a declaration by then-President Donald Trump, as thousands of unaccompanied migrant children and families arrive at the border each week.

“There is a crisis at our southern border. It is critical that our leaders recognize the severity of the circumstances and respond accordingly,” the lawmakers said. “Your administration’s refusal to enforce immigration laws has encouraged countless migrants to make the treacherous journey across our border. We urge you to recognize that an immigration crisis is underway and reinstate a national emergency concerning our southern border.”

“Following a surge of migrants crossing our border in January of this year, U.S. Customs & Border Patrol (CBP) announced that they ‘faced a growing number of individuals attempting to cross the southwest border, averaging about 3,000 arrests per day in January 2021,'” the letter reads. “Their latest estimates approximate that 117,000 unaccompanied children will cross our border this year. They will travel amongst human traffickers and drug smugglers to get here.”

The GOP letter was released at about the same time that Trump’s Florida-based office released a statement blasting Biden’s immigration policies.

“A mass incursion into the country by people who should not be here is happening on an hourly basis, getting worse by the minute,” Trump said. “When I left office, we had achieved the most secure border in our country’s history. Under Biden, it will soon be worse, more dangerous, and more out of control than ever before. He has violated his oath of office to uphold our Constitution and enforce our laws.”

Customs and Border Protection is reportedly expecting a peak of some 13,000 unaccompanied migrant children to arrive at the border in May. The weighty projection surpasses the number of migrant children that came at any month during the 2019 humanitarian crisis.

Some Democrats have also expressed fears about the humanitarian situation, particularly about a border she lter in Texas that was re-opened to house large numbers of unaccompanied youth migrants.

Rep. Henry Cuellar, a centrist Democrat whose district is along the border of Texas and Mexico, warned this week that if the Biden administration does not take immediate action, there will be an immigration “crisis” in a matter of “weeks, maybe even days.”

“Until January 20th of this year, there was a standing national emergency concerning our southern border. President Trump declared that emergency on February 15, 2019. Reversing that proclamation was one of President Joe Biden’s first actions in office. It is clear now that was a grave mistake,” Rep. Lance Gooden, a Texas Republican who was one of the 26 signatories, said in a Friday statement.

The Washington Examiner contacted the White House for comment but did not immediately receive a response.

New York Post strikes back at Andrew Cuomo: He 'lied' and 'then he blamed us.' Now we know the truth. 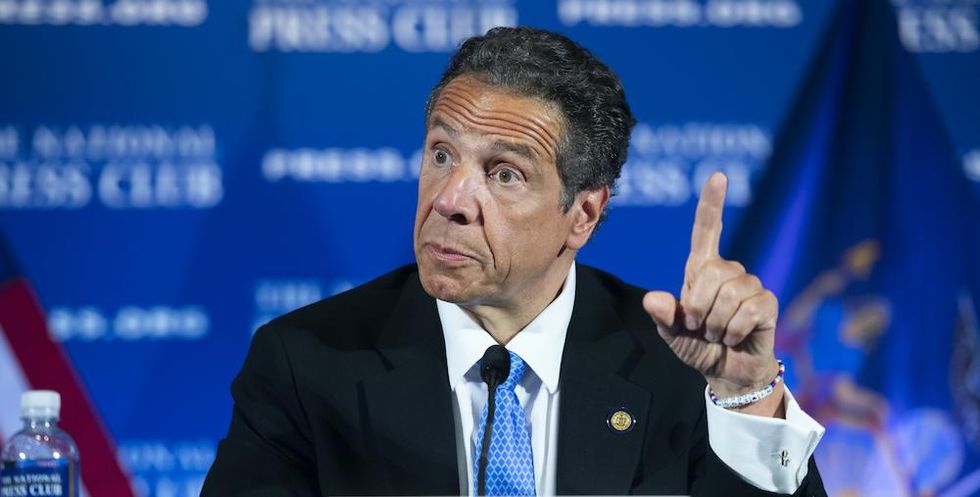