Over 70% of Venezuelans Say Maduro’s Party, Opposition ‘the Same’

A poll released Thursday by the Venezuelan firm Meganálisis found the vast majority of people living under the repressive socialist regime there do not believe any meaningful difference exists between the ruling United Socialist Party of Venezuela (PSUV) and formally incorporated opposition parties.

While Guaidó is legally the president of the country, he has failed to exercise any power within its borders. Maduro, who has not legally been head of state since January 2019, retains the loyalty of the Venezuelan Armed Forces, which he has used to remain in the presidential palace, Miraflores. He recently took over the National Assembly, the federal legislature and last democratically elected institution in the country, in an election largely boycotted by opposition parties.

The rejection of opposition leaders by the Venezuelan people generally echoes results in past Meganálisis polls that found overwhelming numbers of Venezuelans believed Guaidó to be incompetent and unsuccessful in combatting Maduro. Most expressed displeasure at the government of the United States continuing to support Guaidó.

President Donald Trump recognized Guaidó as the legal president of Venezuela and invited him as a guest to his final State of the Union address in 2020. President Joe Biden has vowed that Trump’s Venezuela policy, despite being apparently unpopular in Venezuela, will be one of the few policies he does not expect to change in any significant way from the Trump era. Secretary of State Antony Blinken spoke to Guaidó via phone this week, offering “unwavering support.”

The Meganálisis survey published this week, taken starting on February 26, asked Venezuelans, “Judging from their behavior in front of citizens, do you believe that the opposition political parties and the PSUV are very different or the same?”

An overwhelming 71.4 percent of citizens answered “the same,” while nearly one-fifth said they were “different.” About nine percent said they did not know.

Past polling about Guaidó, specifically, has shown immense disillusion and lack of trust in him from the Venezuelan public. In May, Meganálisis asked Venezuelans if they believed Guaidó was “capable of governing Venezuela.” Nearly 90 percent said “no.” Another 86 percent said that he had led the opposition “very poorly” and the same amount said they believed Guaidó had administered resources offered by President Trump poorly.

By August, 82.4 percent of respondents said they believed Guaidó had “deceived” Trump.

“Based on our history of opinion studies … we can say today that Juan Guaidó’s image is superlatively worn, reaching such low levels that without a doubt we could qualify it as irreparable in the short- or medium-term,” Rubén Chirino Leañez, vice president and CEO, told Breitbart News in September, “and this is an overwheming reality that the United States government should address as soon as possible to reconstruct its policy towards Venezuela and generate successes truly recognized as such by the majority of Venezuelans in the country.”

At press time, the Biden administration has not broken in any way with Trump’s Venezuela policy, save for easing some sanctions against Maduro, and has not publicly addressed Guaidó’s credibility issues.

Elsewhere in the February survey, asked about their specific ideologies, 58.1 percent of Venezuelans said they preferred “capitalism” to be the model governing Venezuela, a drop from a peak of 72.3 percent supporting capitalism when Meganálisis asked this question in September. “Socialism” came second to capitalism at 11.9 percent, but was not an option in the September poll, which may have skewed support for capitalism, as well. This week’s poll found only 9.6 percent of respondents supported a “social democrat” model, a form of light socialism prominently represented by Guaidó.

Venezuelans rejected socialism more aggressively when asked exclusively about it. In response to the question, “Do you think that socialism produces misery, ignorance, and backwardness in countries?” 77.4 percent of people said “yes.”

February’s Meganálisis poll also asked Venezuelans about their perception of American attitudes towards their country, finding that most believe American political leaders are uninterested in their current crisis. The survey asked, “How much do you believe that the new U.S. President Joe Biden cares about the problems and crisis lived in Venezuela?” Of total respondents, 74.1 percent answered, “not at all.”

Few appeared more confident that Trump was interested in helping them. Asked to choose who has “shown more interest in Venezuela” between Trump and Biden, 56.8 percent said “neither.” Almost 20 percent of respondents chose Trump, while only 2.2 percent said Biden. 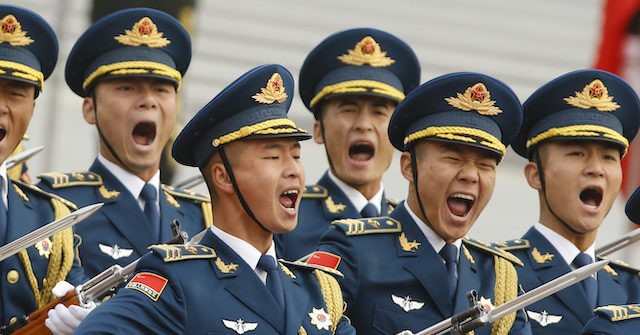 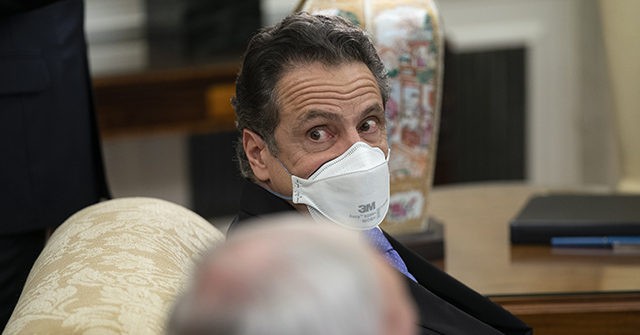