“You are quoted twice in the last eight months” in media, read the correspondence. “Could you tell me how you racially self-identify or point me to a citation on your identity?”

Could you believe that the above was from 1938 and translated from German? Perhaps you might — but the question actually was sent to a mother who attracted authorities’ attention recently by fighting to reopen Los Angeles’s schools.

The racially charged fight over Los Angeles school closings took an ugly turn when an outspoken pro-opening mom said she got an email from the teachers union asking what her ethnicity is — after the union head claimed reopening pleas are largely driven by “white and Middle Eastern parents.”

Maryam Qudrat, who is of Afghan descent, said she received the “racial profiling” email from the United Teachers Los Angeles [UTLA] after being quoted in the LA Times urging that schools reopen.

The email asked her about her media interviews and her ethnicity as part of a teachers union “research project,” she told Fox11.

“I’m a mom and an educator and I want our kids to come back to school,” Qudrat told Fox.

“Their conclusion is if you want schools to reopen right now, then that means you are racist against African Americans and Latinos,” Qudrat, whose son attends seventh grade, said of the union.

This is no exaggeration. In fact, UTLA president Cecily Myart-Cruz essentially said as much in a very ugly video statement recently.

“Some voices are being allowed to speak louder than others” (perhaps like union presidents?), Myart-Cruz stated. “We have to call out the privilege behind the largely white, wealthy parents driving the push for a rushed return” to school (video below. Relevant portion begins at 0:18).

Myart-Cruz has expressed such sentiments before, claiming in a January Facebook post that “UTLA members have been ‘stalked on social media by wealthy white and Middle Eastern parents’ in regards to reopening schools,” reports FOX11 Los Angeles.

For this and perhaps other reasons, Qudrat (interviewed in the video above) “believes UTLA was conducting racial opposition research on her,” Fox11 continues.

“I stood in the rain on strike with the teachers when they wanted to get their pay raise a couple of years ago,” the outlet quotes Qudrat as saying. “And to see them now basically turning this way, it’s frankly scary the way they’re taking education, pinning white and Middle Eastern against black and brown.”

Of course, Myart-Cruz and others are using the race card because they don’t have the reality card: Science and common sense are against them.

But their race card departs from reality, too. The truth is that wealthy parents, white or otherwise, have options. They can send their kids to private school, homeschool more easily, or even perhaps hire tutors.

It’s poor parents — an inordinate percentage of whom are black and Hispanic — who have few options. (This said, kids are better off in the streets than in the leftist propaganda mills euphemistically called schools. But that’s grist for another day — and was for a previous one.)

But if Myart-Cruz cared at all about truth, she wouldn’t be fighting the science in claiming that opening schools is dangerous. Schools have been open for months in many European countries, and Catholic and other private schools have been operating safely in the United States. The data are in, too:

Studies show that schools are, if anything, less likely to be scenes of SARS-CoV-2 transmission than is the wider society. This isn’t surprising since some research indicates that children don’t readily spread the coronavirus.

Moreover, reflecting other studies, research out of Newcastle University in London found that the flu is at least twice as dangerous to children under 10 as is COVID-19.

In other words, the slacker teachers are in more danger (at least from the virus) visiting their local grocery store than they would be teaching.

But COVID lockdowns have always been political, as the below tweet from last September evidences.

How the election influenced the pathogen’s virulence was not explained.

As for Qudrat’s “racial” e-mail (which can be read here), the research specialist who sent it, one Albert Lowe, was polite enough. And his union issued an explanatory statement that read, in part:

“The email in question is from a UTLA researcher who was attempting to ascertain the race of individuals quoted in order to assess whether or not that is a factor we could evaluate. This outreach by the researcher was not authorized and nothing from that outreach is contained in the report. We understand this type of email could be taken out of context.”

Or in context. Why, after all, would race be a factor here?

Need I ask? Race is always a factor with today’s Left.

This isn’t to say there aren’t times when collecting such demographic data is appropriate. But it is amazing how quickly leftists have transitioned from outwardly advocating racial equality to explicitly advocating racial prejudice and discrimination under the guise of “equity.”

Unmoored from the unchanging (i.e., Truth), moderns — especially the “leftist” variety — don’t have principles but preferences. These vary depending on their feelings, which themselves fluctuate based on what helps them achieve their momentary ends (power, money, etc.).

In other words, most of them never really cared about equality, except insofar as they could become more equal than others.

YoungConNetwork: RT @BorisJohnson: Today @DrAlexGeorge and I spoke with some young people from across the country, to hear about their experiences throughou…

Biden's 'Equity' Push Is Actually a Push for Unequal Treatment 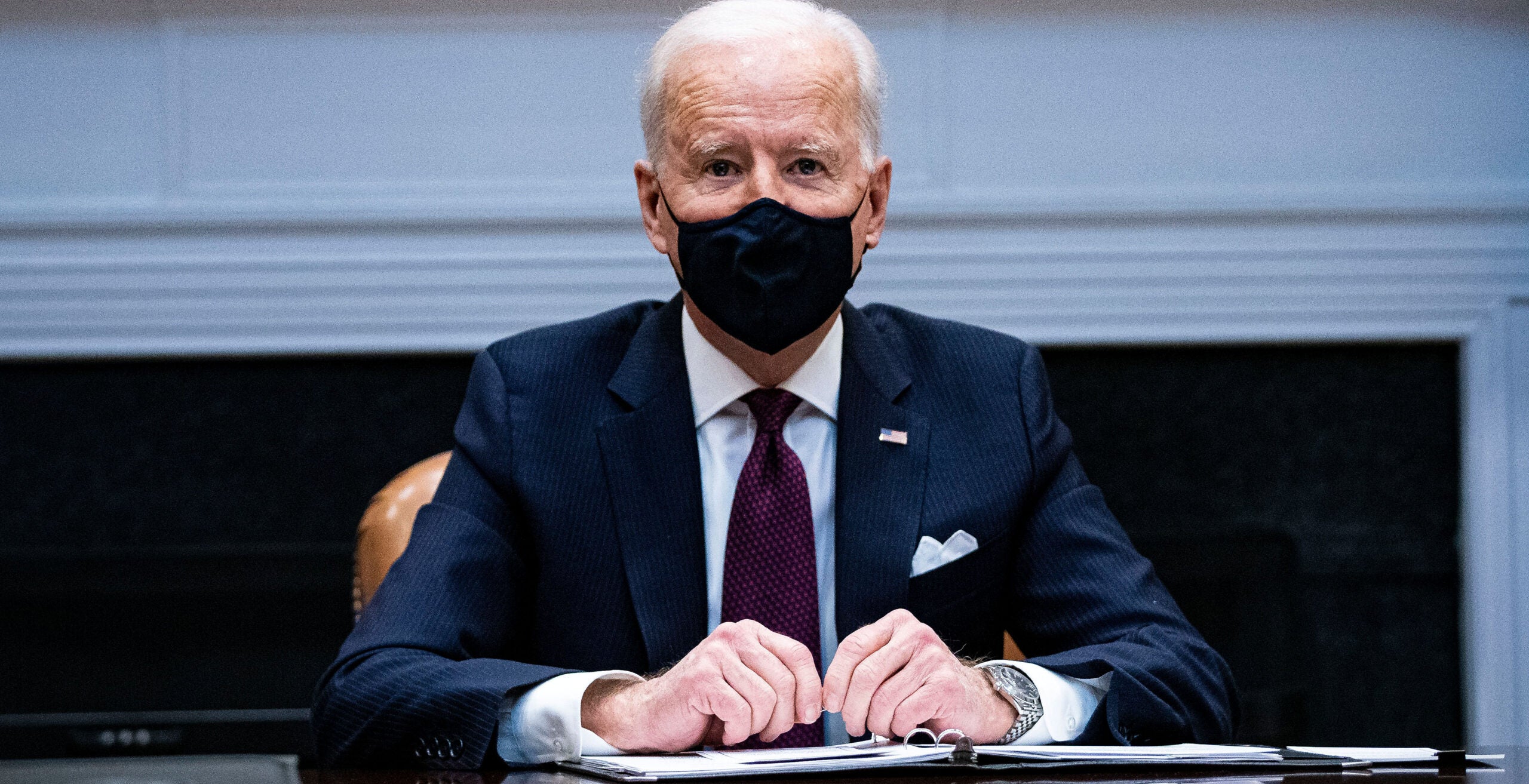