New York Governor Andrew Cuomo just received more bad news. But this time, it wasn’t another woman young enough to be his daughter with a tale about sex harassment or possible assault.

Last night, the New York Times reported that Cuomo and his gang lied about the number of dead in nursing homes thanks to the China Virus. Most undoubtedly had multiple comorbidities, as the data from the state show.

But the leftist narrative that the pathogen practically killed on contact and required masks and quarantines means Cuomo’s monkeyshines with the math are an indictment of his management of the problem.

Cuomo, after all, received an Emmy award for briefings on the “crisis.” Turns out he was lying.

What Cuomo and his aides said was no small fib. It was a whopper.

“Top aides to Gov. Andrew M. Cuomo were alarmed: A report written by state health officials had just landed, and it included a count of how many nursing home residents in New York had died in the pandemic,” the story in the Times began.

The number was 9,000. It wasn’t public, the newspapers reported, “and the governor’s most senior aides wanted to keep it that way. They rewrote the report to take it out, according to interviews and documents.”

The real figure was more than 50 percent higher than what Cuomo’s people reported.

The lie began as Cuomo was beginning to write a book about his historic fight against the pandemic, and was “the earliest act yet known in what critics have called a monthslong effort by the governor and his aides to obscure the full scope of nursing home deaths.”

New York’s attorney general, the Times noted, had already divulged that Cuomo’s people had fiddled with the numbers because they thought the evil President Trump might exploit them and “pursue a politically motivated inquiry into the state’s handling of the outbreak in nursing homes.”

In other words, Cuomo had to be protected. Reported the Times:

Mr. Cuomo and his aides actually began concealing the numbers months earlier, as his aides were battling their own top health officials, and well before requests for data arrived from federal authorities, according to documents and interviews with six people with direct knowledge of the discussions, who requested anonymity to describe the closed-door debates.

The central role played by the governor’s top aides reflected the lengths to which Mr. Cuomo has gone in the middle of a deadly pandemic to control data, brush aside public health expertise and bolster his position as a national leader in the fight against the coronavirus.

As the nursing home report was being written, the New York State Health Department’s data — contained in a chart reviewed by The Times that was included in a draft — put the death toll roughly 50 percent higher than the figure then being cited publicly by the Cuomo administration.

The Health Department worked on the report with McKinsey, a consulting firm hired by Mr. Cuomo to help with the pandemic response. The chart they created compared nursing home deaths in New York with other states. New York’s total of 9,250 deaths far exceeded that of the next-highest state, New Jersey, which had 6,150 at the time.

Now taxpayers must foot the bill for an “outside lawyer” to probe the matter.

The obvious question is why Cuomo and his underlings lied about the numbers. Answer: That book Cuomo wanted to write, the one that detailed his remarkable management of the health crisis.

“The 33-page report, which was issued in July by the state Health Department, found Mr. Cuomo’s policies were not to blame, but it became a turning point in the Albany debate over the governor’s policies,” the Times reported.

With the report published, Cuomo could begin bragging about his genius in print:

“I am now thinking about writing a book about what we went through,” Mr. Cuomo said four days after the report’s release, his first public comments about a possible book.

By that point, he was already seeking formal approval from a state ethics agency to earn outside income from book sales, according to a person with knowledge of his planning at the time.

A subsidiary of Random House published American Crisis: Leadership Lessons from the COVID-19 Pandemic in October.

Amusingly, Hollywood helped burnish Cuomo’s image with the Emmy, which he received “in recognition of his leadership during the Covid-19 pandemic and his masterful use of television to inform and calm people around the world.” 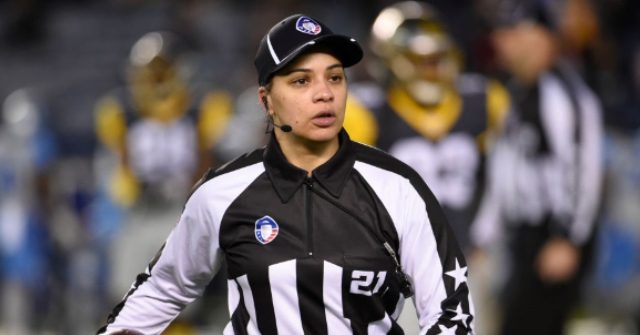 Support for BLM has fallen and support for police has risen