Biden sends team to the border over migrant children crisis

President Biden ordered senior members of this team to head to the U.S.-Mexico border to see for themselves the building crisis of unaccompanied minors crossing over into the United States. Biden’s short window of denying such a crisis is underway, escalating quickly, has closed. Weasel words from him and his wife no longer are enough to address the issue.

When Joe and Jill were in Houston recently, they tried to downplay the Biden administration’s kids in cages moment. Biden reopened the migrant children’s facility in Carrizo Springs, Texas and questions began being asked. Why was Biden doing the same thing that Trump did to accommodate an overflow of unaccompanied minors? Trump only used the facility for a month and took daily criticism over its use. Biden and his wife tried to pooh-pooh any such notion that his administration is going the same route. Jill Biden went so far as to declare that Joe’s administration is doing it so much more humanely than Trump’s administration did. What malarkey. It’s the exact same facility with a few cosmetic upgrades, like fresh paint on the walls.

The press has been rather incurious about the growing crisis on the border. That is to be expected since their guy has only been in office for 44 days and they are doing all they can to give him cover on everything. During the Trump administration, there was much crying and wringing of hands by members of Congress trekking to facilities to hold on to metal fences and emote about the horrors inside the buildings holding minors. So far, there is little being said by any members of Congress. One who is blowing the whistle on the severity of a situation wholly created by Biden’s open borders fever dreams is Texas Democrat Rep. Henry Cuellar. He has been sounding the alarm for several days in interviews in hopes of getting the attention of Biden.

“We are weeks, maybe even days, away from a crisis on the southern border. Inaction is simply not an option,” U.S. Rep. Henry Cuellar said Thursday. “Our country is currently unprepared to handle a surge in migrants in the middle of the pandemic.”

The Laredo Democrat released figures showing Border Patrol in the Rio Grande Valley had arrested 10,000 migrants in the last week — 2,500 in the last two days alone. Experts said those figures offer only a limited snapshot, but fit with broader data trends that suggest the border could be on the verge of another migration surge — especially of unaccompanied minors — on par with those in 2019 and 2014.

“We are approaching the numbers that have characterized past peaks or surges,” said Jessica Bolter, an analyst at the nonpartisan Migration Policy Institute. “Whether or not it’s a crisis is determined by how the government manages it.”

Biden has dismantled Trump’s successful policies, like the Remain in Mexico initiative, so this overflow of minor migrants is of his own doing. The facilities that were closed when the needs diminished during the Trump administration are now being reopened to accommodate the growing numbers. The centers used as family detention facilities in south Texas – those with parents and children kept together – are being turned into rapid-processing hubs. Parents and children will be screened and then released into the United States within 72 hours.

“All of the signals the Biden administration is sending is that border security and enforcement of our immigration laws come second to their desire to see as many people who show up at the border make their way into the United States and then get lost in the backlog of asylum cases,” U.S. Sen. John Cornyn said.

Joe Biden has used politically correct language so far – he calls the situation on the border a “challenge”, not a crisis. When he was asked if he thinks the crisis will be manageable, his reply was, “God willing.” That’s not going to cut it. Migrants are flooding the southern border now, encouraged by Biden’s executive actions. Rep. Cuellar points to the public health threat the migrants pose during the pandemic. He said that Trump’s order for immediate expulsion due to the possibility of spreading the coronavirus was the right way to go. He calls on Biden to do the same.

Cuellar voiced concern that some of those entering the country may be bringing the coronavirus with them — echoing comments that Republican Gov. Greg Abbott made on Wednesday as he sought to deflect criticism from the White House over his decision to rescind the state’s COVID restrictions.

“Migrants are illegally crossing, potentially exposing border communities to the coronavirus and putting us at risk,” Cuellar said. “I urge the Biden administration to listen and work with the communities on the southern border who are dealing with the surge of migrants.”

Border patrol officials are not testing the illegal migrants for the coronavirus. Local border towns are doing that and doing what they can to mitigate the spread of the virus. Those local authorities, though, have no authority to stop them from boarding buses and traveling further into the country and different states. It’s the makings of a super spreader event on a national level.

So, as the news of the border crisis only gets worse, and a few reporters start to ask questions, Biden is being smacked by reality and sending some people to the border. Better late than never, I suppose, but I’m sure Biden will find a reason to not do anything of substance to correct the situation. He’s determined to be an open borders guy and even promised mass amnesty during his campaign. Forget about transparency on this trip, though. The visitors to the border will hide behind “safety, security, and privacy concerns.”

“President Biden has asked senior members of his team to travel to the border region in order to provide a full briefing to him on the government response to the influx of unaccompanied minors and an assessment of additional steps that can be taken to ensure the safety and care of these children,” the spokesman said.

“Out of safety, security, and privacy concerns the date and time of this visit will remain confidential but the White House will provide a readout of the visit once it concludes.”

Cuellar claims he was like a whistleblower during the Obama-Biden administration when the waves of illegal migrants – both adults and minors – began flooding the southern border. They, too, tried to ignore what was happening. He took it upon himself, as a Democrat who represents a border district in Texas, to call attention to the crisis then. Now that Status Quo Joe is back, he finds himself having to do the same all over again. “God willing” isn’t going to cut it. 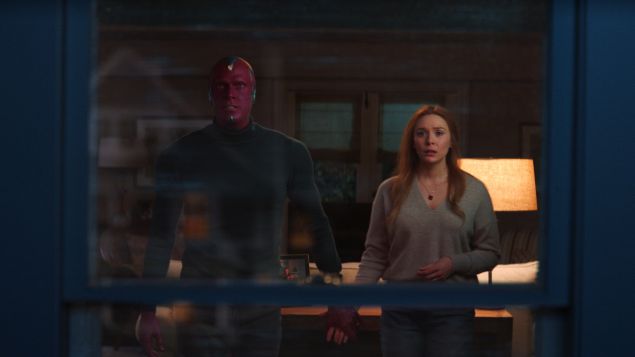 San Francisco is paying $5,000 per month for each homeless tent