The critical race theorists are feeling the heat. Over the past decade, they have had remarkable success in perpetuating the concepts of systemic racism, unconscious bias, white privilege, and white fragility in American institutions, beginning with universities and moving on to schools, government agencies, and multinational corporations. Their campaign began mostly without opposition, as most conservatives were either ignorant of what was happening or dismissed it as a campus fad.

That changed last year. The intellectual movements around the so-called Intellectual Dark Web, Quillette magazine, and the 1776 Unites coalition of dissident black scholars had laid down a theoretical case against critical race theory (CRT). President Trump elevated the debate into the mainstream, denouncing CRT by name at the National Archives, signing an executive order banning CRT-based training programs from the federal government, and sparring on the topic during a televised presidential debate. Since then, investigative journalists, including me, have reported on the negative impact of CRT in government, schools, and corporations; states such as New Hampshire, Arkansas, Iowa, West Virginia, and Oklahoma have introduced legislation seeking to ban CRT programs that promote the concepts of race essentialism, collective guilt, and race-based harassment in public institutions.

This shift in momentum against the new racial orthodoxy, which has now grown beyond America’s borders to England, France, Italy, Hungary, and Brazil, has rattled the American Left. Their first argument against this change is that conservatives are using state power to “cancel wokeness.” New York Times columnist Michelle Goldberg recently followed this line, attacking my work “leading the conservative charge against critical race theory,” declaring that the Right wants to ban critical race theory because it is afraid to debate it. This is false, of course. For more than a year, prominent black intellectuals, including John McWhorter, Glenn Loury, Wilfred Reilly, and Coleman Hughes have challenged the critical race theorists to debate—and none has accepted. After Goldberg published her column, I called her bluff even further, challenging to “debate any prominent critical race theorist on the floor of the New York Times.” Predictably, none responded, catching the New York Times in a fib and further exposing the critical race theorists’ refusal to submit their ideas to public scrutiny.

The second line of attack, advanced by Goldberg and Acadia University professor Jeffrey Sachs, is that the attempt to regulate critical race theory-based programs is an “attack on free speech.” Goldberg and Sachs are attempting to reclaim the mantle of free speech, but on closer inspection, their case is legally and morally groundless. First, as legal writer Hans Bader points out, the Supreme Court has ruled that states and public schools have the ability to control curricular speech without violating free speech. Furthermore, under the Fourteenth Amendment, states and school districts have an obligation to prevent the creation of a learning environment that promotes hostility toward a certain race or sex. The courts have repeatedly ruled that the Fourteenth Amendment outweighs and limits the First Amendment when it comes to government entities adopting policies and programs that perpetuate racial stereotyping, discrimination, and harassment. Despite Sachs’s hyperventilation about threats to academia (i.e., the public-employment program for new racialist ideology), many legislatures have explicitly allowed the teaching of CRT in university classrooms; it is only forbidden to turn these principles into compelled speech, employee-indoctrination programs, and official state curricula for primary and secondary school students.

The most telling limitation in their argument, however, is that Goldberg and Sachs both refuse to deal with specifics. They present critical race theory as a benign academic discipline that seeks “social justice,” while ignoring the avalanche of reporting, including my own, that suggests that, in practice, CRT-based programs are often hateful, divisive, and filled with falsehoods; they traffic in racial stereotypes, collective guilt, racial segregation, and race-based harassment. The real test for intellectuals on the left is not to defend their ideas as abstractions but to defend the real-world consequences of their ideas.

Goldberg and Sachs should answer in specifics. Do they support public schools forcing first-graders to deconstruct their racial and sexual identities, then ranking themselves according to their “power and privilege”? Do they support a curriculum that teaches that “all white people play a part in perpetuating systemic racism”? Do they support telling white teachers that they are guilty of “spirit murdering” black children? Do they support telling white parents that they must become “white traitors” and advocate for “white abolition”? These are all real-world examples from my investigative reporting over the past two months, all of which the left-wing critics have deliberately ignored in their rebuttals.

To raise the stakes even further, we could also propose a counterfactual. If the Ku Klux Klan sponsored a public school curriculum that stated, “whites deserve to have the power and privilege” and “black culture is inherently violent”—a simple transposition of critical race theory’s basic tenets—would Goldberg and Sachs jump to the Klan’s defense? They would not—and for good reason. Racism, from the Right or from the Left, is wrong.

This is the subtle beauty of the “divisive concepts” legislation being considered in state legislatures: it would equally prohibit the old-style racism of the Klan and the new-style racism of critical race theory from being promoted in public institutions. In a way, this legislation is simply a reiteration of the basic American premise that advanced from the Declaration of Independence to the Fourteenth Amendment to the Civil Rights Act of 1964: that all Americans should be treated equally, regardless of race, color, creed, or religion.

The critical race theorists, on the other hand, have embraced a philosophy of European-style pessimism, dismissing equality under the law as “mere nondiscrimination.” They would replace it with a system of “equity” that treats individuals unequally in order to arrive at equal group outcomes. Most Americans, lulled into complacency by the race theorists’ manipulative homonymy—suggesting continuity between “equality” and “equity”—would be outraged at the true nature of these ideas, which are simply a reformulation of the Marxist oppressor/oppressed dialectic, replacing the class categories of “bourgeoisie” and “proletariat” with the racial categories of “white” and “black.”

At the highest level, Goldberg and Sachs have tried to frame this as a debate about “free speech,” but they fail to understand the basic premise of our constitutional rights. The First Amendment protects the right of individuals to speak freely, especially in opposition to a potentially tyrannical government; the government itself, according to most court rulings, does not have a First Amendment right as such. This is the proper context for evaluating critical race theory, which is an almost entirely government-created and government-sponsored ideology, developed in public and publicly-subsidized universities, formulated into policy by public bureaucracies, and transmitted to children in the public school system. The critical race theorists and their enablers at the New York Times and elsewhere want the right to enshrine their personal ideology as official state dogma. They prioritize the “freedom of the state” over the “freedom of the individual”—the prelude, whether deliberate or accidental, to any totalitarian system.

The backlash against CRT will likely come as a surprise to many adherents of the intellectual Left, who have become accustomed to dominance over our public institutions. They perceive any challenge to the dominant ideology as an affront, then search to backfill their preferences with high-minded concerns about “free speech” and “academic freedom.” For the woke and their enablers in the media, there is no greater offense than transgression against The Narrative.

They better get used to it. The “anti-woke” movement is gaining momentum and building an infrastructure to contest this ideology in government, schools, and academia. The critical race theorists’ strategic response—refusing to debate and hoping critics will go away—won’t work. Eventually, the public will recognize their “critical race fragility” for what it is: a prickly refusal to submit one’s ideas to vigorous public debate, often characterized by projection, emotional flagellation, and poor argumentation. Against the critical race theorists, we have begun to marshal investigative reporting, lawsuits, legislation, and parental activism—all in defense of American principles.

Christopher F. Rufo is a contributing editor of City Journal and director of the Discovery Institute’s Center on Wealth & Poverty. Sign up for his weekly newsletter and watch his new documentary, America Lost, which tells the story of three “forgotten American cities.” This article is part of an ongoing series on critical race theory in American schools. 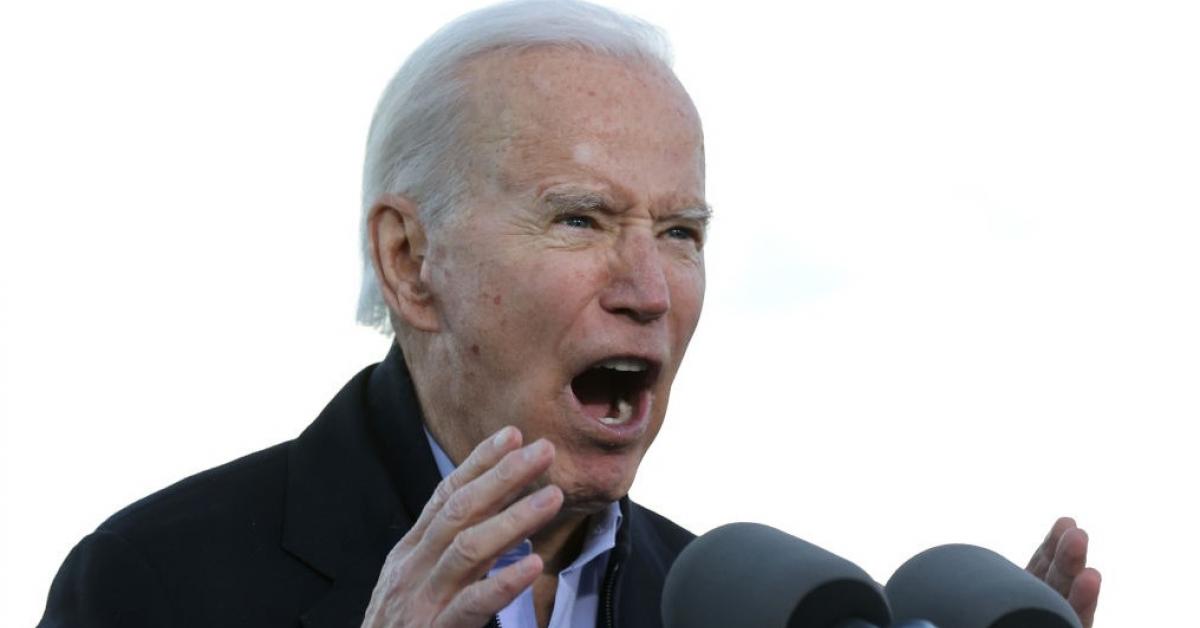 Biden has signed twice as many executive orders as immediate predecessors

NBER Study on the Effects of Legalizing Pot