Some Church Lives Matter More Than Others, by Michelle Malkin

The Proud Boys and Trump supporters burn the BLM banner while chanting and cheering in downtown DC: pic.twitter.com/L16azBBhbr

Here is a textbook illustration of how the corporate media’s sins of omission can be far more damning than the corrupted industry’s sins of commission.

Over the weekend, thousands of patriotic citizens descended on Washington, D.C., to protest election fraud and defend President Donald Trump. Left-wing “black bloc” mobs threw water bottles, bricks, and fireworks at cops and Trump supporters. Eight law enforcement personnel were injured by Antifa and Black Lives Matter anarchists; one officer received multiple severe lacerations to his face. At least 33 were arrested at the close of the weekend for assaults and mayhem, but countless victims received zero help from cops who stood down and did nothing.

BREAKING: Antifa black bloc violently confront MPD by throwing water bottles and bricks at them amongst other projectiles

At least one officer was visibly wounded in the attack. Further confrontations ensued but the violence ended when riot police camepic.twitter.com/JWRueKKz10

So, what did national news outlets choose to focus on?

This much is true: As chaos broke out late Saturday night, some members of the Proud Boys stole and set fire to several Black Lives Matter signs that were on display at two D.C.-area churches. This isolated mischief was nowhere near on the scale of the wanton looting, shooting, terrorizing, and burning down of entire downtowns and neighborhoods across the country by Black Lives Matter and Antifa in the name of “social justice.”

But the media propagandists who have labeled violent left-wing riots as “peaceful protests” all year long seized the opportunity to stoke false narratives: Trump supporters are the real threat to civil order. The populist movement to “stop the steal” of election 2020 is rooted in hate. It’s “Jim Crow” all over again, “reminiscent of cross burnings” and the “rise of white supremacy,” according to one of the fragile black church pastors making the rounds.

Except that it’s not.

The idea that this was an “intentional targeting of houses of worship,” as another black pastor claimed, is nonsense on stilts — and a viral video of the incident proves it. The Proud Boys, a largely Christian men’s group led by Afro-Cuban activist Enrique Tarrio, chanted “f—- Antifa!” as they roasted a couple of the BLM signs. They were “targeting” symbols of those twin domestic terrorist groups, whom the Proud Boys have stood against when no one else would, not black church congregations.

Make no mistake. There has been a concerted campaign of terror against people of faith and their houses of worship this year, but it doesn’t fit the anti-Trump narratives of the propaganda media. Since the George Floyd incident in May ushered in the age of anarchotyranny, scores of Catholic churches have come under attack across the United States. You probably haven’t forgotten about it because you probably didn’t know about it in the first place.

“Yes, I think the statues of the white European they claim is Jesus should also come down. They are a form of white supremacy. Always have been,” he fumed. King’s call to violence was explicit: “In the Bible, when the family of Jesus wanted to hide, and blend in, guess where they went? EGYPT! Not Denmark. Tear them down.”

Catholic officials have tallied at least 39 incidents of “arson, statues beheaded, limbs cut, smashed, and painted, gravestones defaced with swastikas and anti-Catholic language and American flags next to them burned, and other destruction and vandalism” at Catholic churches across 19 states since June. Complicit Clergy, a Catholic watchdog group, tracked nearly 70 such attacks through the summer.

—In May, Our Lady of Mt. Lebanon-St. Peter in Los Angeles was spraypainted with “ACAB” (All Cops Are Bastards) “Kill All Cops,” “FTP” (“f—- the police”), and “Make America Pay For Its Crimes Against Black People” slogans.

—A statue of Jesus was decapitated at St. Patrick Cathedral in El Paso, Tex., after the bishop of the local diocese knelt before a BLM sign.

—Rioters tore down a statue of St. Junipero Serra, an 18th-century Franciscan priest and missionary, at San Francisco’s Golden Gate Park. A Serra statue at Mission San Rafael Arcangel was defaced and toppled. The mission church in San Gabriel, Calif., which Serra founded, was destroyed in July by a massive arson fire.

—”Statues of Jesus and Mary at churches in Boston, Mass., Miami, Tenn., and Colorado Springs, Colo., were set alight, beheaded, and defaced,” Carina Benton reported for The Federalist in October.

—Catholics praying the rosary to guard the King Louis IX statue in St. Louis were threatened and beaten by BLM and Antifa sympathizers.

A BLM leader unleashes a year-long, race-based “Tear them down” ragefest against followers of Christ. The anti-Trump, anti-white journalists are as quiet as church mice. Silence is not just complicity. It’s media malpractice.

Michelle Malkin is a conservative blogger at michellemalkin.com, syndicated columnist, author, and host of Sovereign Nation on Newsmax. Her email address is [email protected] 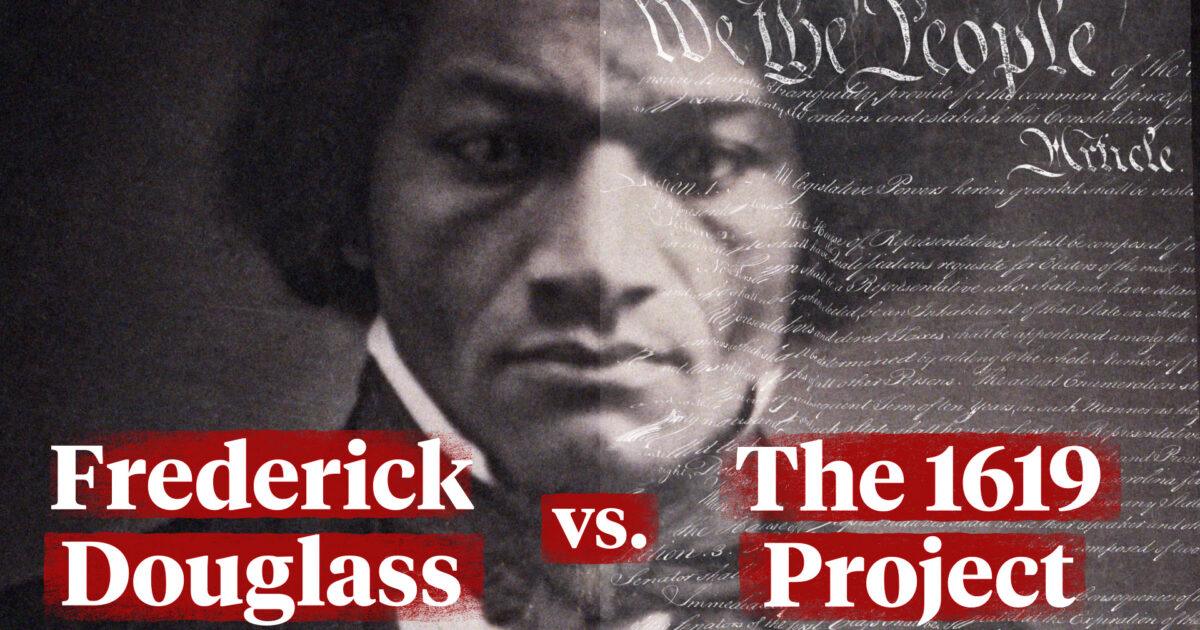 Frederick Douglass vs. the 1619 Project – Reason.com 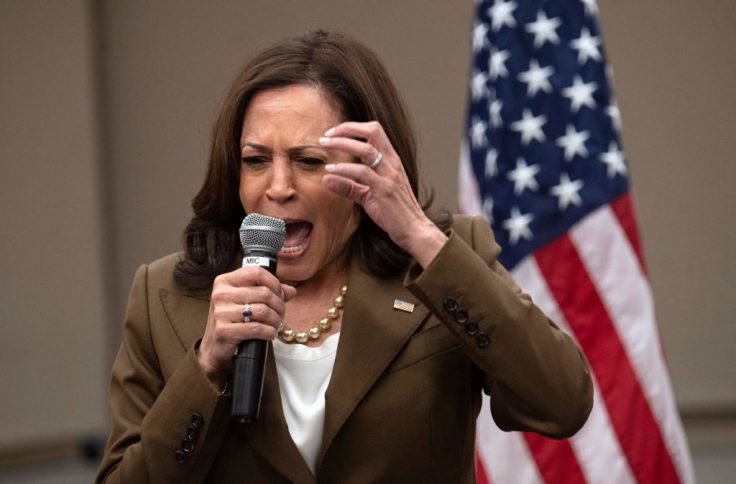