President-elect Joe Biden is promising a return to normalcy in U.S. foreign policy following the turbulent Trump years, calling for “America to restore dignified leadership at home and respected leadership on the world stage.”

Be careful what you wish for.

Biden backed the wars in Iraq and Syria and drone-bombing campaigns in countries like Pakistan, which were carried out under the “counterterrorism plus” strategy that he supported as vice president. In the 1990s, he co-sponsored a bill with John McCain to send troops into Yugoslavia. He advocated a troop surge in Afghanistan, though he later came to oppose it.

He embodies the establishment view that the U.S. must take the lead in policing the world because, as the Biden campaign’s foreign policy adviser Antony J. Blinken put it, “the world simply does not organize itself.” A Biden presidency might entail a return to the Obama-era policies of aerial warfare, a heavy reliance on drone strikes, and maybe even a willingness to enter multinational military conflicts without seeking congressional approval, such as the Libya intervention that toppled Moammar Gadhafi and later launched a bloody civil war.

There’s a saying in Washington: “Personnel is policy.” New administrations often draw from think tanks for both. The Quincy Institute for Responsible Statecraft, formed in December of 2019 with seed funding from the foundations of both progressive billionaire George Soros and libertarian billionaire Charles Koch, is attempting to promote a more restrained foreign policy from inside the Beltway.

During his 2016 candidacy, Trump broke with the foreign policy establishment. As president, he spoke of ending America’s “endless wars,” and he installed a senior Pentagon adviser in the dwindling months of his presidency to accelerate a U.S. withdrawal from Afghanistan—although thousands of troops will likely remain.

But Trump’s more establishment personnel fought to constrain his noninterventionist impulses. There were high-profile resignations, and one outgoing diplomat even admitted to lying about troop numbers in northern Syria after Trump had ordered a withdrawal.

Biden is reportedly eyeing former U.N. Ambassador Susan Rice for secretary of state. For defense secretary, Biden is rumored to be considering Michelle Flournoy, an Obama administration alumna who co-founded the influential Center for a New American Security, which emphasizes the need for more military preparedness against China and Russia and a smaller but ongoing U.S. presence in the Middle East.

“In terms of a Biden foreign policy, we know who Joe Biden is. He’s very much…ascribed to a kind of liberal interventionism, this notion that the U.S. needs to take a big role on the international stage for the good of the world,” says Annelle Sheline, a foreign policy analyst at the Quincy Institute.

The think tank, which seeks to cultivate a roster of foreign policy experts who can guide future administrations toward military restraint, is named for the former U.S. President John Quincy Adams, who once said that America “goes not abroad in search of monsters to destroy.”

“[Adams] says America can become the dictatress of the world, but in doing so, she will lose her own spirit and her own freedom,” says Trita Parsi, the Quincy Institute’s executive vice president. “I think we have seen that as we have gone abroad and [fought] more and more wars, the security state at home has also become stronger and stronger. And many of the liberties that the American people have traditionally seen as traditionally [uncompromisable] have been compromised.”

The Quincy Institute’s policy fellows argue that the U.S. should abandon the strategy of global military domination and accept the reality of multipolarity, or competing regional influences.

“The longer that the United States continues to…behave in ways that were more possible when it truly was the world’s only superpower, [the more we] are just going to continue to sort of fritter away American resources,” says Sheline.

One of the institute’s core tenets is that American foreign policy “should derive…directly from U.S. interests, rigorously defined.”

“The United States needs to focus on protecting the territory of the United States itself,” says Sheline. “One of the major bad assumptions driving U.S. foreign policy is the notion that the [military] presence in the Middle East makes the United States more safe. And this is fundamentally untrue.”

Biden told CBS’s Face the Nation in February that as president he would keep some troops in Afghanistan indefinitely.

But Sheline says America doesn’t need troops on the ground in the Middle East at all because a naval presence is sufficient to safeguard America’s main strategic interests, which are keeping trade and travel routes open and preventing the rise of a regional hegemon that could threaten U.S. national security. She says there’s no player in the region likely to assume that role.

China has learned from U.S. military misadventures and seems unlikely to get involved militarily in the Middle East, Sheline says, while Iran is too weak to become the dominant force, and Russia operates through a series of self-serving, temporary partnerships.

“The U.S. would do well to take a page out of Russia’s book and to say, ‘Saudi Arabia, you’re not acting in a way that is supporting our interests. Maybe we will go talk to Iran,'” says Sheline.

One aspect of Biden’s foreign policy stance that the Quincy Institute agrees with is the president-elect’s pledge to re-enter the Iran deal that Trump walked away from.

“The nuclear deal was actually very good because it prevented a war with Iran and prevented the Iranians from being able to have a pathway to a nuclear bomb,” says Parsi.

Once Trump pulled out, Iran began enriching uranium at ten times the rate allowed under the deal, according to Parsi.

Sheline says although Saudi Arabia and Israel have a stake in the U.S. continuing to treat Iran as an enemy, it doesn’t pose a significant threat to America.

“Iran is quite weak,” says Sheline, who points out that the country’s GDP is smaller than that of New Jersey. “This ongoing sort of animosity between the U.S. and Iran just doesn’t really make a whole lot of sense.”

As U.S. troops leave the Middle East, Parsi suggests that America should encourage countries to form a regional security organization, but that it’s crucial for the U.S. not to take a leading role.

“This is the instinct [in Washington D.C.], that whatever we do, [the U.S. has] to be in the lead on it,” says Parsi. “[U.S. leadership] will take agency away from the regional countries. And ultimately it’s the regional countries that will benefit from the security orientation. Their incentives to move in this direction should be stronger than ours.”

“What we are calling for inevitably will happen because we are bleeding ourselves to death with these endless wars,” says Parsi. “We want the shift to be a proactive shift that is done before we have weakened ourselves too much.” 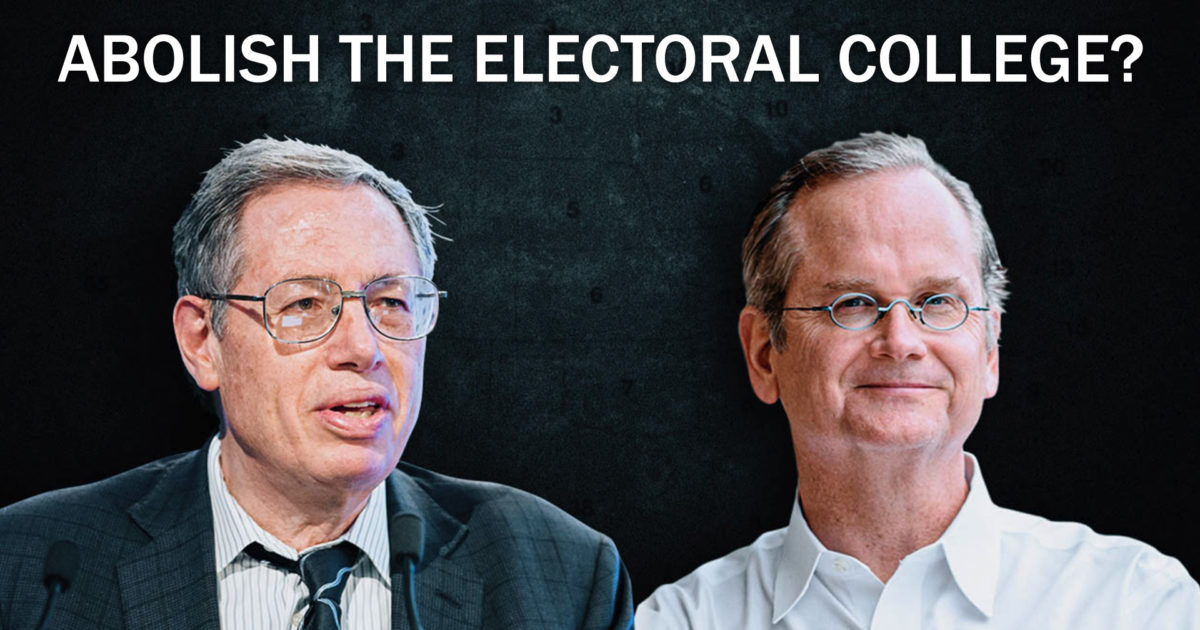